Find out everything you need to know about my trusted partners 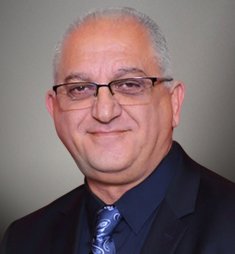 Amidst a burgeoning career in real estate that has already spanned three decades, Andre Pashai is confident that the best part of this business is witnessing the joy in his clients’ eyes when they first realize their dreams of ownership. That moment remains the driving force in his reliable, down-to-earth realty style. He holds nothing higher than the client experience, recognizing with gratitude that the lion’s share of his success is a direct result of word-of-mouth referrals. No marketing approach can compare to the words of a satisfied client.

Andre was 20-years-old when he made the move to the United States in 1979. He spent the majority of the subsequent years in Glendale and the surrounding Sunland/Tujunga neighborhoods, professing discerning knowledge of the Tri-City and Foothills areas including their housing market trends. Andre wasted no time obtaining a business degree while specializing in industrial inventory and material management. Yet, he yearned for a better life, not just for himself, but for those in his community. Thus, he began to apply his gift for artful negotiation to a career in real estate, receiving his license in early 1988.

Over the decades, Andre has worked for major names like Century 21 and RE/MAX as well as smaller independent brokerages. January 2023 will mark his seventh year working to redefine the real estate industry with JohnHart. Since the mid-90s, he’s affectionately been referred to by his peers as “The Duke of Short Sales” due to his penchant for negotiating short sales transactions. His Persian-Armenian background has introduced him to many cultures and he’s even fluent in three languages: Armenian, Farsi, and English.

Community is crucial to Andre, so whenever he’s not going the extra mile for his clients, he’s often giving back through volunteer work. He’s proud to be a 40-year member of the Homenetmen Glendale "Ararat" Chapter, serving in a multitude of capacities from athlete to heading committees such as the Basketball Division to executive board memberships including time spent as the Vice President. Beginning in 1983 until March of 2018, he provided coaching and guidance to several youth basketball girls’ and boys’ teams. His leadership hit the pinnacle of his 35 years of service when the team he was coaching won the championship at the 2003 Pan-Armenian games in Yerevan.

Choose one of the options below to continue